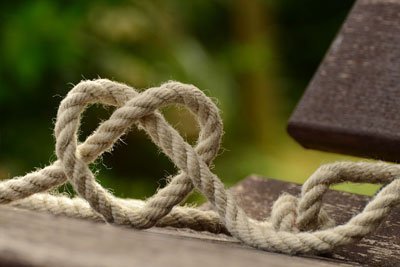 Jesus, the cord of God’s love

“I drew them with cords of a man, with bands of love: and I was to them as they that take off the yoke on their jaws, and I laid meat unto them.” – Hosea 11:4

Krubera Cave is the deepest known cave on Earth. It is located in Georgia, a small country in the Caucasus region of Eurasia, between Russian Federation and Turkey. 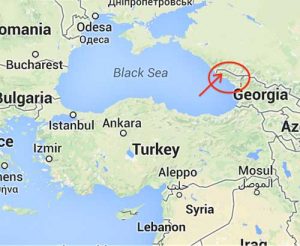 The difference in the altitude of the cave’s entrance and its deepest explored point is about 2,200 meters (7,220 feet). It became the deepest known cave in the world in 2001 when the expedition of the Ukrainian Speleological Association reached a depth of 1,710 m (5,610 feet) which exceeded the depth of the previous deepest known cave, Lamprechtsofen, in the Austrian Alps, by 80 m. In 2004, for the first time in the history of speleology, the Ukrainian Speleological Association expedition reached a depth greater than 2,000 m and explored the cave to −2,080 m (−6,824 feet). Ukrainian diver Gennadiy Samokhin extended the cave by diving in the terminal sump to 46 m depth in 2007 and then to 52 m in 2012, setting successive world records of 2,191 m and 2,197 m respectively. Krubera remains the only known cave on Earth deeper than 2,000 meters.

Imagine the cords Gennadiy Samokhin needed to use to secure his own life to reach that tremendous deep! The Bible asked Job “Have you entered the springs of the sea? Or have you walked in search of the depths?” (Job 38:16). Before Gennadiy, God walked into the Krubera Cave and tied the humanity with the cord of Love named Jesus Christ.  He brought it up with love, as David wrote, “He brought me up also out of a horrible pit, out of the miry clay, and set my feet upon a rock, and established my goings”. 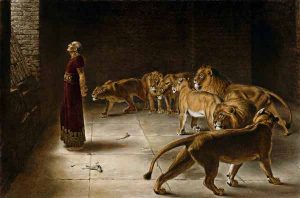 Daniel knew what to be in a pit with the terror of hungry lions around him, but God saved his life. This Daniel was not the only one, I can’t even imagine how desperate could have felt Joseph when he was cast down into a pit under the envy of his pitiless brothers. Their brothers, years later of this fact, remembered that anguish when they put him in that pit and after they sold him to the merchants. It is written, “Then they said to one another, “We are truly guilty concerning our brother, for we saw the anguish of his soul when he pleaded with us, and we would not hear; therefore this distress has come upon us” (Gn. 42:21).

It is maddening to be in a pit; no advance, no light, not the real world, just the earth walls around. It was exactly was surely Jeremiah felt when was cast into the dungeon of Malchiah, the king’s son (Jer. 38:6); the Bible says, in this dungeon wasn’t water, but mire.